I remember when I was 13 years old, mowing the grass in the front yard at my parents’ house. I was just becoming very aware of myself, and I hoped that the neighbors across the street noticed what a good girl I was.

I also remember as a teenager being in the chapel at camp. I was noticing how nice my voice sounded when I sang, and I hoped others would notice as well.

We may chuckle and comment on how that is normal at that age for a youth to be self-aware and even self-conscious.

But since I know myself, I know that this sort of thinking did not just suddenly stop when I stopped being a teenager. It may have morphed somewhat, but it continued to resurface here and there as a struggle with pride through the years.

The enemy picked up pretty quickly on my weakness, and even though I spiritually don’t want to be proud, he still throws flaming pride arrows, trying to get me to think of myself more highly than I should.  And sometimes the temptation blindsides me and I fall for it.

But what do the Scriptures say on the subject?

It is hard for our flesh to admit that all righteousness or goodness we may have in us is from God (Romans 3:21-23).

Our flesh wants to take credit.  Our flesh wants the glory, the applause, the admiration, the acclaim.  (As a side note, it is right to seek God’s approval, but not man’s.)

Scripture is clear that every good gift we have has been given to us by God.

Jesus, in His Model Prayer, said we should pray,

“And do not lead us into temptation,
But deliver us from the evil one.
For Yours is the kingdom and the power and the glory forever. Amen.”  Matthew 6:13  NKJV

The evil one was (and still is) proud.  He wanted to take over God’s kingdom.  But he can’t.

So, he talked to Eve in the Garden of Eden and fed her a line about becoming “like God…”  He incited her to the same sort of rebellion that he had been (and still is) guilty of.

He still uses the same tactics today.  I believe he knows that he can’t have the kingdom, so he does everything he can to keep as many people as possible out of God’s kingdom, or at the very least, non-functional in God’s kingdom.

“I am the LORD, that is My name; I will not give my glory to another.”

He is specifically speaking of not giving His glory to an idol.  But I would like to suggest that when we bump Him out of the driver’s seat of our hearts in our pride, and when we try to take control and credit, we become our own idols.

So, I don’t believe it is a stretch to apply this verse in a way that says He will not give His glory to us when we, in our pride, are trying to get the glory for ourselves instead of giving it to Him.  Is anybody else saying, “Lord, I am so sorry!” right about now?  😦

“God is opposed to the proud, but gives grace to the humble.”  James 4:6

Going forward with pride is to fight a losing battle with the Almighty God.  Not smart.

But humbling ourselves before Him postures us to continue to receive His gracious gifts.

Personally, I would rather keep on kicking out pride and living in the favor of the Lord than effectively positioning myself as though I were an enemy of God. 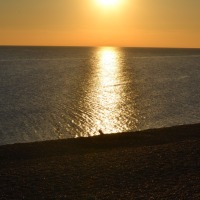