Some people today scoff at even the thought of God. They say, “If He’s so powerful, why doesn’t He do something about this mess?”

Actually, this is nothing new.  When Jesus was on this Earth as a man, humans tried to dictate to Him how He should use His power, too. Even His own disciples expected Him to conquer the Romans and set up His kingdom.

But this is not why Jesus came.  A much greater power than Rome needed to be conquered. That power was, and still is, the sinfulness of each person’s heart, including mine and yours, and the power of the tempter. (Hebrews 2:14,15)

The Apostle Paul states that he is not ashamed of the gospel of Christ,

“because it is the power of God for salvation to everyone who believes”.  (Romans 1:16 BSB)

The power of God to do something about the evil in the world is in the gospel,

Yet many of those who scoff against God, citing that He is allowing evil to happen in the world, are the very ones who are also scoffing against the gospel, that same gospel which is the very power of God able to change the people who are doing the evil things that so upset these scoffers.

The gospel (aka “good news”) is that, although all of us have sinned, coming short of God’s glory, and though we deserve death as payment for our sins, God loved us so much that He sent His Son, Jesus Christ, to give His life in our place.

He shed his life’s-blood so that we would not have to die and pay for our own sins.

Then He was raised from the dead, which proves that He overcame the power of death.

Now He offers us pardon and the power daily to overcome our sin nature.

It’s always so much easier to see the sin in someone else.

But we each need to confess our own sins before God.

It’s the responsibility of each individual.

Imagine if every person in this world would truly humble him/herself before God, confessing personal sin, asking for God’s forgiveness, and seeking to live in the righteousness that God requires; the evils of this world would be greatly diminished!

God has already done something about all the evil in the world.  He sent His Son, Jesus, in human form to die in our place.

If the evil is still here, it’s because so many people have rejected God’s way of dealing with the evil.  God offers mercy to each individual, but each one must accept that gift personally.

Perhaps we think that God should just zap all the offenders because if we were Him, that’s what we would do.  But we’re not Him.  Our very impatience with others proves that we have evil in our own hearts, too.

Saying yes to God’s gift of mercy and grace, shown by the sacrifice that Jesus Christ made for us, brings us near to God.  Then, we can trust Him daily to help us do what is right in His sight.

We cannot make anyone receive God’s gift of salvation and the power to do what’s right.  Even God does not force Himself on us.

All we can do is yield ourselves to Him, pray for others, and show them the love of God.

One day Jesus will set things right.  In the meantime, He is patiently offering the power of God for salvation to everyone who will believe and receive it.

Today I’m thankful for the power of God that He gives to those who believe through the gospel of Jesus Christ.

I’m thankful for Christ’s sacrifice for us, for His love, and for His mercy.

I’m thankful for His patience.

I’m thankful that He didn’t zap me before I had a chance to come to Him, aren’t you?

I’m thankful that He gives me power each day to overcome my own sinful human nature and forgives me when I fail to walk in His power.

Have you received His gift of salvation?  Do you make an effort to walk daily in His power?  Do you pray for the salvation of those whom you deem to be evil? 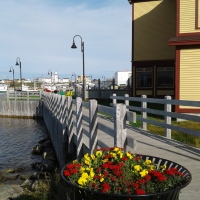 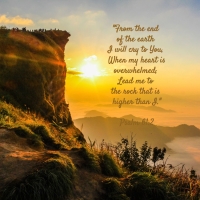 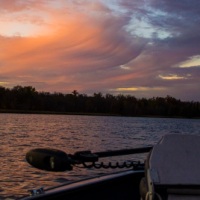 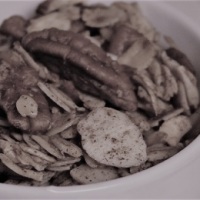 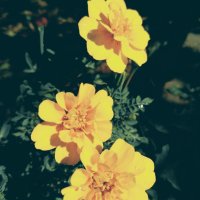